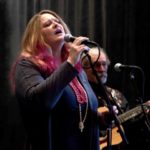 Food, music, dance, and film – those are just some of the fun you can have this month in Seattle. Check out these festivals sprinkled throughout the city:

This festival started 15 years ago to highlight the Ballard neighborhood and the world-class jazz talent in Seattle. Internationally recognized, the Ballard Jazz Festival has grown to include performers from across the United States and around the world. There are jazz performances each night, but don’t miss the Friday night Ballard Jazz Walk. The neighborhood takes on a New Orleans atmosphere as you stroll the streets, choosing from 10 different venues. This year over 23 groups are featured and all are included in one ticket price.

The Northwest Folklife Festival celebrates the wide variety of cultures that thrive in the Pacific Northwest. There are no big acts or headliners and all performers donate their time and talent.  The goal is to bring together the community through the arts.

This festival will include a wide variety of art, music, dance, and other forms of cultural expression, all celebrating the diverse population in the Northwest.

The Seattle International Film Festival (SIFF) will include over 400 films from over 80 countries. The festival awards the Golden Space Needle Awards to the best in film. Last year’s winners included Best Actor, Rolf Lassgard, A Man Called Ove and Best Film, Captain Fantastic. There are a number of ticket package options. Visit them at siff.net to learn more. 2017 marks SIFF’s the 43rd year.

Now in its 48th year, this is the longest running street fair in the United States. It was started to bring together a community divided and continues to celebrate peace, community, and culture in the district. Each year the festival includes a wide variety of vendors. Here you will find local arts and crafts, food, and entertainment. On Saturday, start at the top of University Way with the University District Farmers Market and work your way down “The Ave.” Kids will enjoy the special Kids’ Area while adults can head to the Beer Garden hosted by Big Time Brewery. Along the way you will find several stages featuring a variety of live local entertainment.

This is a big event and always busy. Although there is parking in the area, consider walking, biking or taking the bus.